Pope Benedict XVI will visit England and Scotland on a four-day Papal visit from 16-19 September 2010.

When Pope Benedict arrives, he will go firstly to Scotland where he will be received by Her Majesty The Queen, members of the Royal Family and people representing British society in the Palace of Holyrood House.

Having met the Queen, the Pope will travel to Glasgow where he will celebrate an open-air Mass in the evening and then he will fly from Glasgow to London. The Holy Father will then be based in London for the remainder of the visit.

On the second day of the visit, Pope Benedict is going to St Mary's University College, Twickenham, where there will be three aspects to his visit. The first is that he begins the day praying with representatives of religious congregations - particularly those who have a charism for education and a history of education.

He will then go and meet about 3,000 young people - schoolchildren, students - to celebrate Catholic education. From there he will then meet with religious leaders and people of religious faith. He will discuss with them religion and belief in our society.

Later in the day, the Pope is scheduled to meet with the Archbishop of Canterbury to speak with him in front of the Anglican diocesan bishops and the Catholic diocesan bishops of England and Wales.

He has then been invited, as part of the State visit, to address British society. Representatives of British society will be invited to Westminster Hall to hear the Pope's address.

He will finish off the day with the Archbishop of Canterbury and Christian leaders at Westminster Abbey to celebrate Evening Prayer.

On the third day of the visit, Pope Benedict will celebrate Mass in Westminster Cathedral where he will also, from there, greet the people of Wales.

Later in the day he will visit a home for older people, giving the Pope an opportunity to go to those who cannot meet with him, and then be present at a Vigil of prayer which again will be in the open air in London.

The final day of the visit is focused very much on the beatification of Cardinal John Henry Newman, and the Pope will celebrate that beatification in the West Midlands.

He will conclude the day by meeting with the bishops of England, Scotland and Wales in Oscott College before returning to Rome from Birmingham Airport. 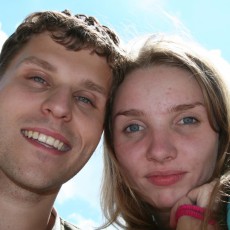